scenes from a beaux frères dinner... 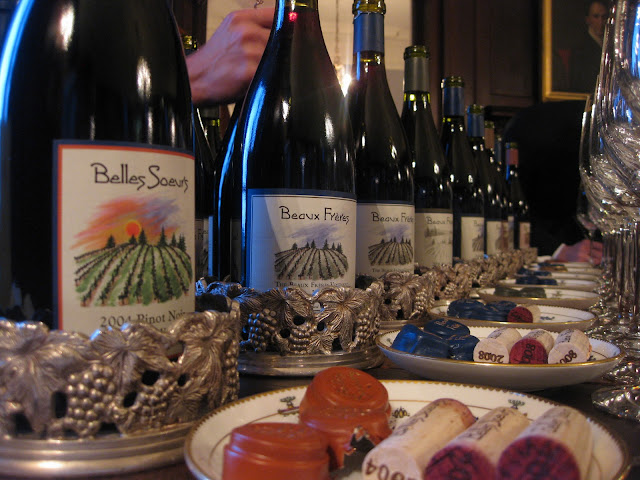 ﻿We served a flight of Beaux Frères pinot noirs last night starting with recent vintages (2008, 2007, 2006, 2005) and ending with a 2002 beaux freres ''upper terrace'' and 1992 beaux freres ''the vineyard'' (their first released vintage) to accompany a cheese plate.  I'm not a big fan of these style of wines... they were showing alright, everyone agreed on the 1992 being the star, well rounded and the most mature.  After being open for a few hours it started to die a little and developed some ''burnt'' aromas that werent so appealing. In the Kitchen Chef Christopher Brooks and Arnaud Cotar laid the smackdown with some ass kicking creations...
﻿