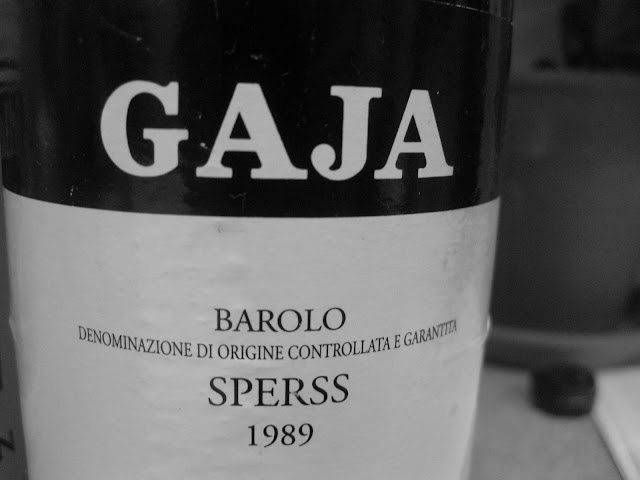 Another magical saturday tasting at the castle, in Lenox MA.  This week featuring:

Earlier in the week i emailed over to GAJA, and received some of the history of Sperss from Angelo Gaja himself....
Sperss 1989
''Avevamo acquistato la proprietà nel giugno 1988,  l’annata 1989 è stata la prima di coltivazione del vigneto condotta integralmente da noi.''
''We acquired the property of Sperss in June of 1988, and the 1989 Vintage was the first year of cultivation of the vineyards which was undergone entirely by us.''
As each of the GAJA single vineyard names have their own story behind them ''Sperss'' is from the Piemontese dialect meaning ''nostalgia''.
Why Nostalgia?
Angelo explains how is father Giovanni (1908-2002) from the ages of 18-20, went to harvest the grapes in the vineyard of Sperss in Serralunga.  He was given food, a place to sleep and even some money.  On the other hand when he was working in his families vineyards in Barbaresco, he wasn't compensated at all.  He imagined his whole life it would be incredible to acquire the Sperss property but the chance never came.  Until one day his son Angelo had the opportunity and his father was ''felicissimo''.  They named the vineyard and the wine ''Sperss'' for the nostalgia Giovanni held throughout a very long period of his life.

The Gaja Sperss wine is 100% Nebbiolo through the vintage of 1995.
From 1996 on Sperss no longer caries the denominazione Barolo DOCG and is made up of
94% Nebbiolo
6% Barbera

Perchè Barbera?
Angelo explains, ''Before the war and until 1965, there were numerous producers that traditionally were adding little quantities of Barbera to their Barolo and Barbaresco.
The Barbera, doesnt mask or obscure the personality of Nebbiolo, which is dominant.  But it contributes to balancing the acidity which with global warming has been reduced (in comparison to the past).  According to the interpretation of Guido Rivella (responsible for the Gaja cellars) the wine benefits from this integration. (with all due respect to the producers making Barolo with 100% Nebbiolo.)'' 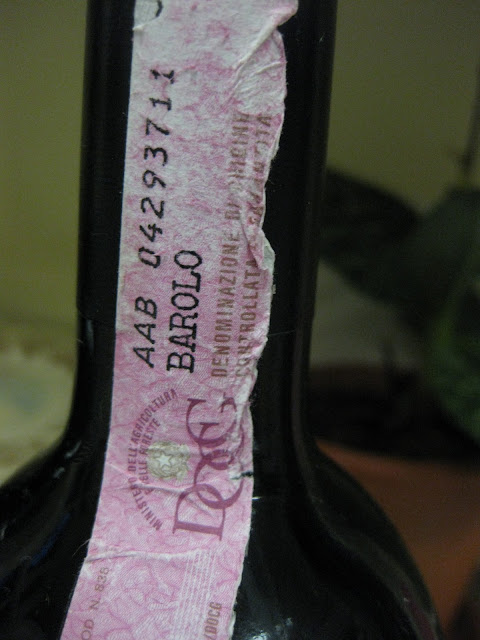 1989 was an excellent year, but only in Piedmont.  In almost all the other Italian wine regions the late maturing of the grapes was hindered by bad weather.
In Piedmont, it threatened to rain for 15 days (it poured rain everywhere else) but then returned to nice weather and it was possible to harvest some grapes which were in great condition.  Because the 1989 vintage was only good in Piedmont (also a few places outside of Italy) it became obscured by the outstanding vintage of 1990 (which was a good vintage worldwide).

Angelo recommended we open this bottle 1-1½ hrs before pouring, decanting and then immediately pouring back in the bottle and re-corking (double decanting).
The '89 Sperss was showing nicely with a brick red colour, an enticing gamy nose, and classic ''old nebbiolo'' flavours.  Hints of rose petal, licorice, nice fruit and long fluidity on the palate.  delicious... 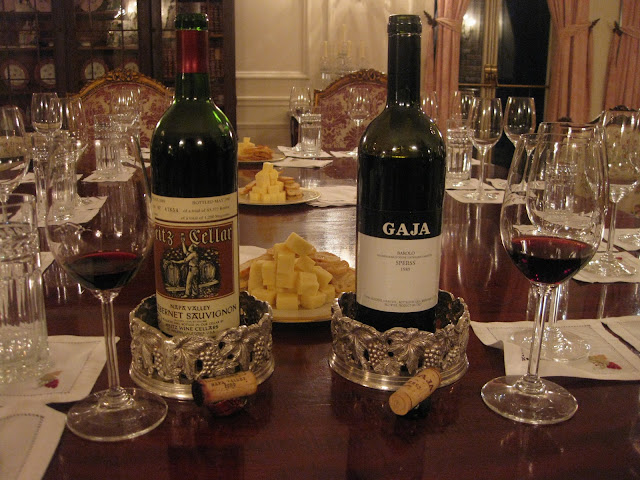 With all the excitement of tasting an old Gaja wine, I wasnt too stoked on the Heitz, it wasnt showing so hot.. although well rounded and spicy, just not much complexity and the fruit was lost a little.  Maybe past it's peak for '89 vintage....