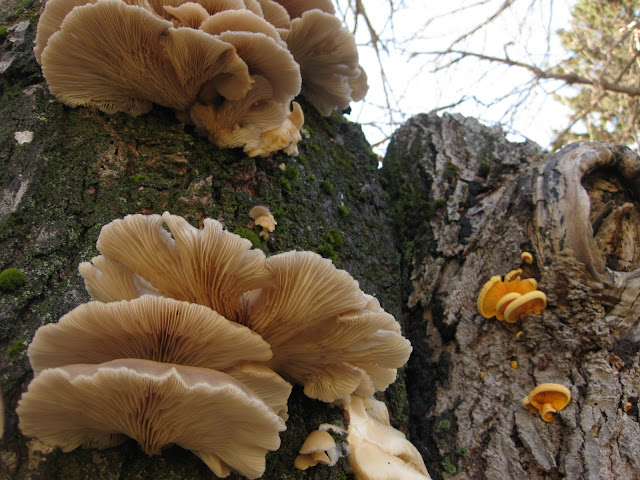 While on my road bike in Richmond (Massachusetts), I cruised by this gorgeous collection of Oyster mushrooms.  Later I harvested a few of them, and cooked them up.  While mushroom hunting has been a popular pastime for hundreds of years in Europe, it is just starting to catch on in the states.  The most important thing, is to not kill yourself with a fucking poisonous mushroom! study the lookalikes.. 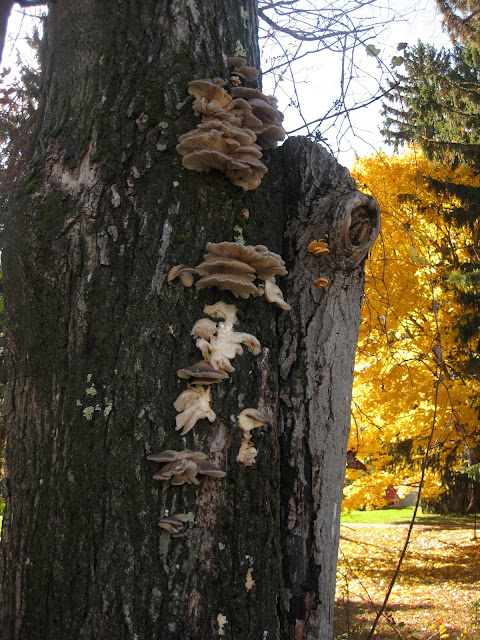 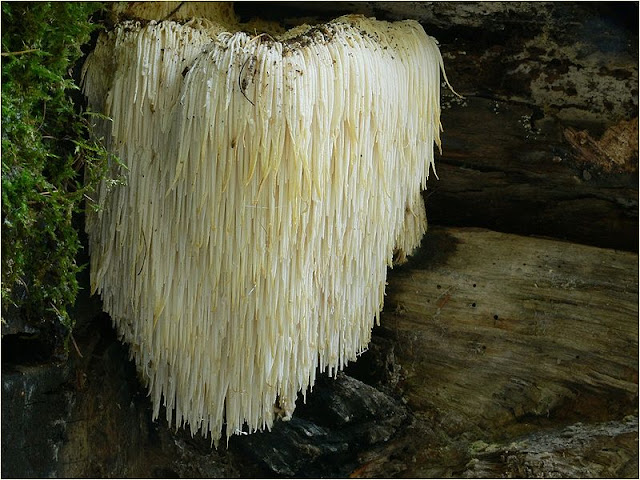 The mushroom I have been trying to track down lately is this bearded fellow above, known as a bearded tooth, or hedgehog mushroom.  No dice, but it is suppose to be excellent.  It has been known to resemble crab meat, and is found on the american beech tree.  Mainly in the summer and early fall, so it is begining to be too late.  Morels are also very popular here in the berkshires, but are only found in the spring... Other popular fall mushrooms include Chicken of the woods, and hen of the woods (Grifola in italian). which are two completely different types of shroomage... 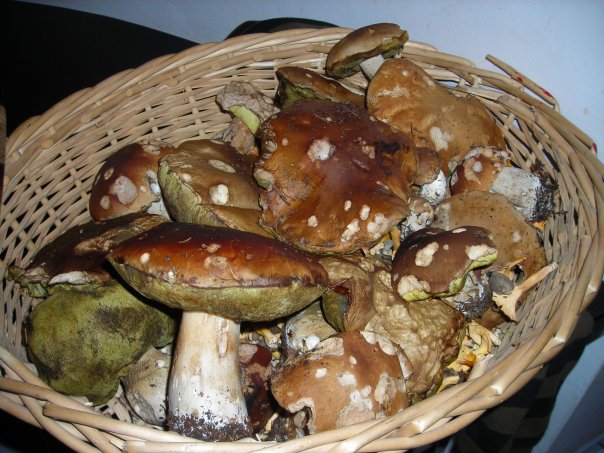 Above are some Porcini's my friends in Sappada found this past fall...
There in Sappada, Italy located in the northern Veneto, I was introduced to mushroom hunting.  I have posted on the gastronomic delights earlier...  There is nothing quite like a freshy picked Porcino mushroom.  Raw, sliced thin and drizzled with olive oil.... 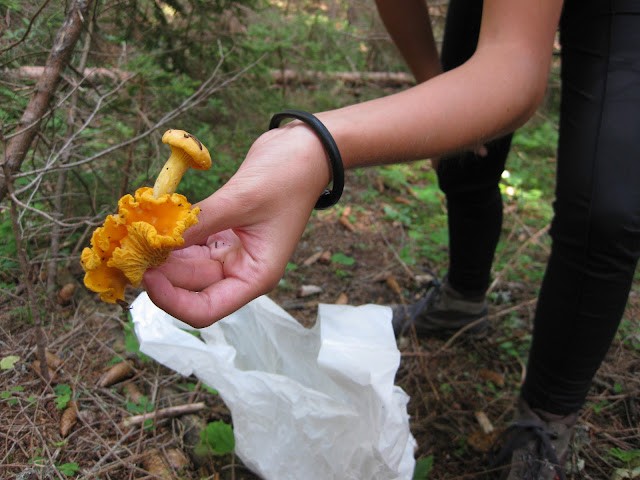 The second most popular hunting mushroom in northern Italy is the above ''gialletto'' or chanterelle...
they are found in abundance around Sappada, and are very delicious as well..